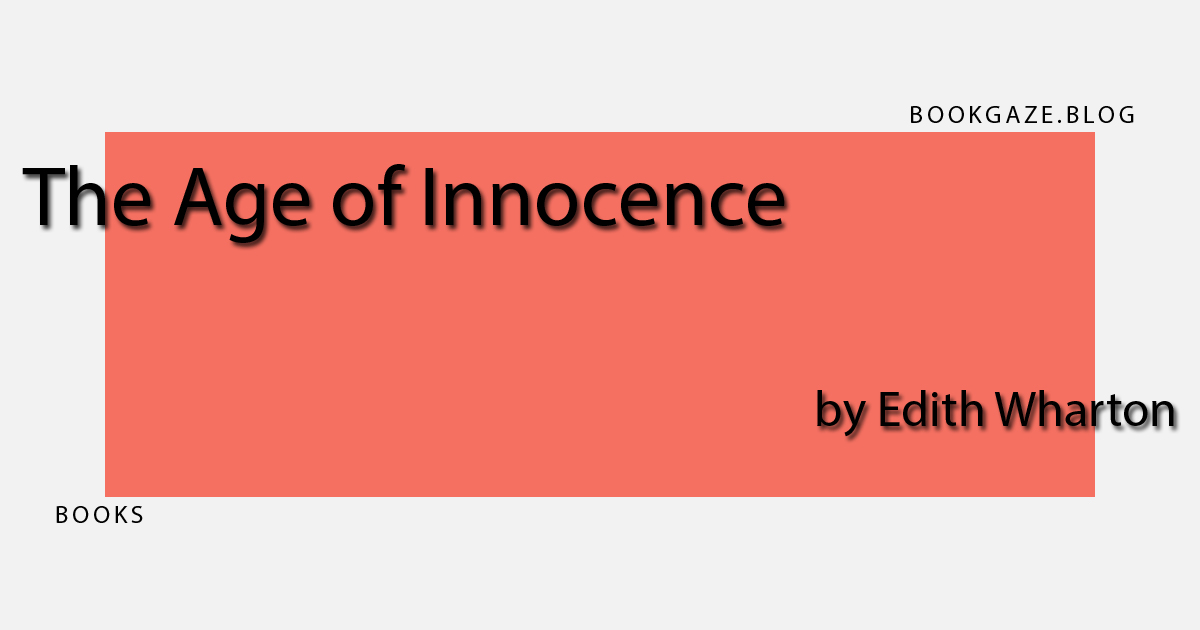 The novel was published in 1920 about 1870s New York society. It’s fascinating how one look, one casual phrase, could destroy a person’s entire reputation. I think that’s still true, but we can start over somewhere else and bounce back for the most part. If someone is ruined (the Beauforts, more so Regina than Julius, highlighting the gender discrimination of the time), it’s unheard of.

The specter of New York looms as its own character in the novel, and all of its citizens play their lives out so spectacularly. Wharton paints this wonderfully manipulative underbelly even while its inhabitants breed their discontent as it has been done for generations before.

I honestly have no gripes. The phrasing, the pacing. It reads incredibly well today. I think it is interesting that we see the novel strictly through Newland’s lens, so what he thinks he sees isn’t necessarily what’s there. Yet he spends the novel bashing how others can’t see what he sees, especially when explaining his mother and Janey’s favorite pastime: inviting Sillerton Jackson over for dinner to have a gossip.

As the narrator, Newland represents how we treat people ourselves even in this day and age. We all wear masks. The one we choose to present publicly is generally vastly different from the one we wear privately. No one is an open book, no matter how much they claim to be. Yet, we judge everyone based on their public masks. It was ridiculous then and is now.

Newland absolutely is a product of his background. I loved that he didn’t realize until the last moment that he was being played by May. He notes a few times in the course of the novel that he sees her struggling through the fog of her brain, trying to form an opinion. I honestly believe May knows exactly what she was doing. He said several times throughout the story that May is a clone of her mother, Mrs. Welland. Mrs. Welland knows how to play the game. Seeing May play it the way that she does is par for the course if you ask me.

He spends the novel talking down about everyone and doesn’t realize that maybe they’re all feeling as stifled as he is. But they’re satisfied with their lot in life. They were born into this life. Why judge someone on that? I don’t denigrate him for that. However, as educated and as open-eyed as he claims to be, he really is as naive as the rest of them.

I am glad that his romantic inner life is validated by seeing his own children live their lives. What once would have been considered uncouth (i.e., Dallas marrying Fanny) is accepted without any criticism. It’s amazing how quickly culture and society are changed from generation to generation. We see this today. The world our parents grew up in is nothing like how it is for us. Our children will not live the life that we do. We may try to pass on values and opinions, but the future will march on, taking the good from the previous and casting away the bad.