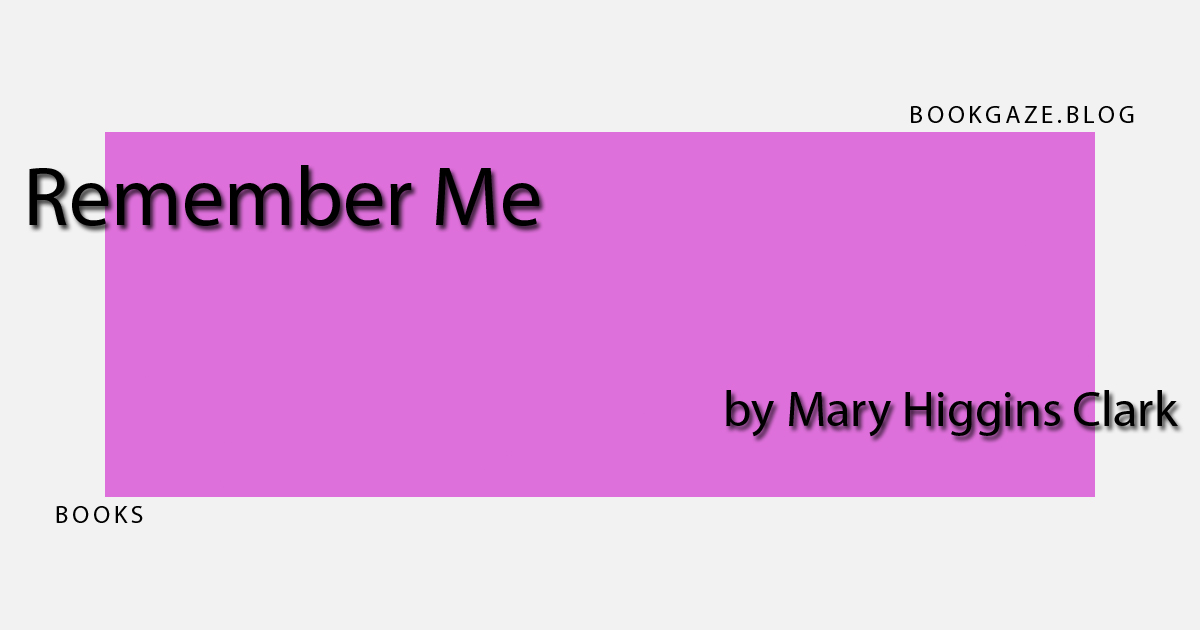 Back when I was a wee little Gilly, my Ma got roped into a subscription for Reader’s Digest Condensed Books. This novel appeared in vol. 217 in 1995, when I was 12. I didn’t have the luxury of going to the library often as a child. It truly was a treat, because it wasn’t a thing that I was allowed to do often.

My Ma never had time to take me to the library because she had other things to do, and keeping my rambunctious kid brother in line at the library was damn near impossible. Our activities had to be a joint event. If it only served one of us, we didn’t do it at all. She was also financially averse to library fees because I would forget when they were due. So how do you keep fees at bay? Don’t check them out in the first place.

That’s why I’m big on libraries as an adult. Don’t EVER take for granted that you have access to a library. The books I got at the school library were devoured before they left campus, so I never had anything to read by the time I got home. I had books of my own but they were rare and eventually fell apart from the rereads.

I distinctly remember doing a book report on Remember Me because I was enamored of the story! Historical events influencing the present has always fascinated me, as a reader and a writer.

Anyways, I recall my teacher politely telling me that I deserved the A+ grade she gave me ’cause I rocked that report. However, because it was a condensed version, I should strongly consider reading the real thing, and never turn in another book report on a condensed version of a book ever again, haha. To me, a story is a story, and it didn’t matter what form it came in. I continue to think that way in the physical vs. Kindle debate. Quit gatekeeping reading, folks!

I had thought of the book off and on since I first read it, and I finally got around to rereading it as an adult. I think it could have used some fine-tuning in a workshop, to be honest. No rose-colored glasses for me.

And though I knew what was going to happen, I kept turning the pages.

After the novel ended, it made me wonder how suspense works a number on our brains as a genre. What about it propels us to keep our eyes peeled for clues, read between the lines when a character says something, and maybe overlook how the plot unfolds.

Truth be told, I did enjoy the full version, and take my seventh grade English teacher’s word for it: don’t read condensed versions!

Pingback: Let Me Tell You: New Stories, Essays, and Other Writings by Shirley Jackson || Writeropolis Industries