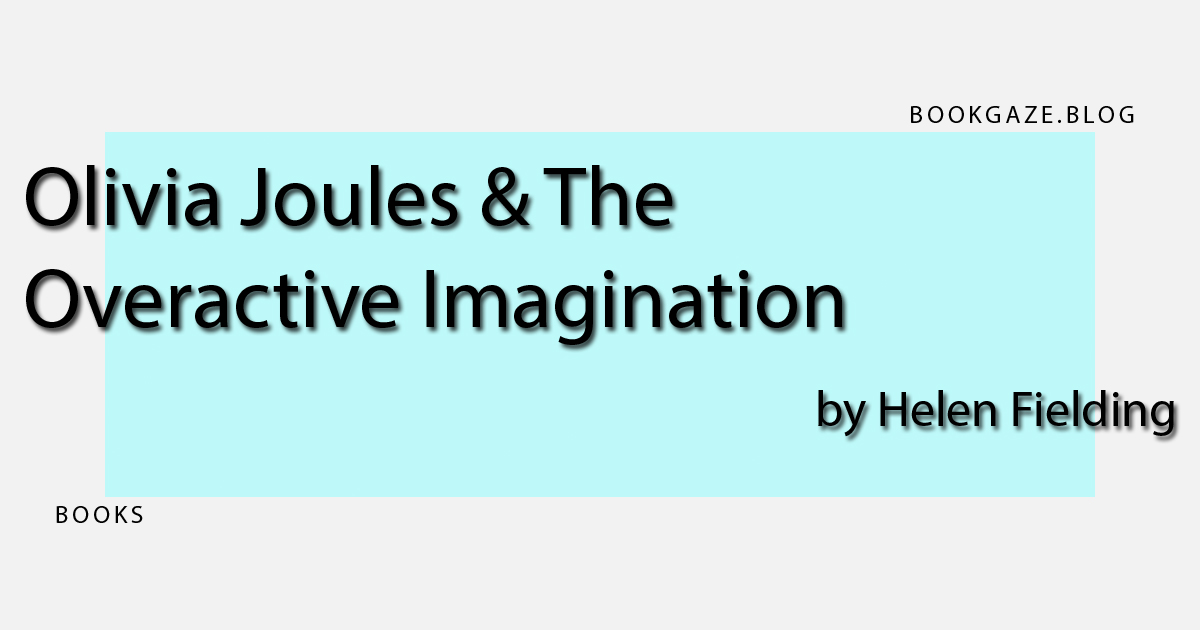 Olivia Joules is a freelance journalist for the Sunday Times. Her editor has asked her to cover a fabulous Hollywood makeup line launch party. While there, she ends up catching the eye of the sexy Pierre Feramo, who may or may not be an Al-Qaeda terrorist. What follows is her adventures around the world. She pursues hunches and leads on the pretense of working when she wants to know more about Feramo.

MI6 eventually recruits her for a mission of utmost importance. Fielding presented her adventures very much like a modern-day James Bond. Not quite as exciting as saying something Sydney Bristow would’ve found herself in, but I shall leave it at that.

Olivia is a more fully functioning human being, having grown up at a very young age due to a family tragedy – unlike Bridget Jones, Ms. Fielding’s most famous heroine. The latter seemed to make stumbling through her thirties endearing. Not that Olivia was unlikable, but she was more mature than the featherhead Bridget.

She spoke many languages and could get herself out of messes without freaking out too much. Olivia took control of what was otherwise a boring life set for her at birth and made herself over, beginning with her name. That’s right; Olivia Joules isn’t even her real name, and again, I shall leave it at that.

I almost felt like something was missing throughout the story. Like Fielding could’ve fleshed out Olivia a little more. Or perhaps it’s because even without formal spook training, Olivia knew what she was doing, which probably added to my overall confusion about the character. I find that very hard to believe she knew what she was doing, even though Ms. Fielding seeded in how the Olivia alias came to be.

She was well-traveled for a young woman, street smart, always had her wits about her, even when her internal voice was freaking out about the situation at hand at that moment. Somehow she was never shot at or grievously injured, considering the danger she consistently put herself through on purpose. Several times I found myself asking, “Olivia, seriously, quit pursuing Feramo! You’re going to get yourself killed!” But she had some guardians on this adventure who made sure nothing harmed her.

The ending is a Hollywood one, including the romance with the smokin’ hot CIA agent, Morton C.

I enjoyed the book, and it was a welcome diversion from my reality. Ms. Fielding wrote it intending to make light of the September 11th attacks, but not wrongly. Why couldn’t a woman be able to get in the fray, kick some ass in her non-threatening way, and save the world?

That is essentially the heart of Olivia Joules: women can do everything a man can do, but better.