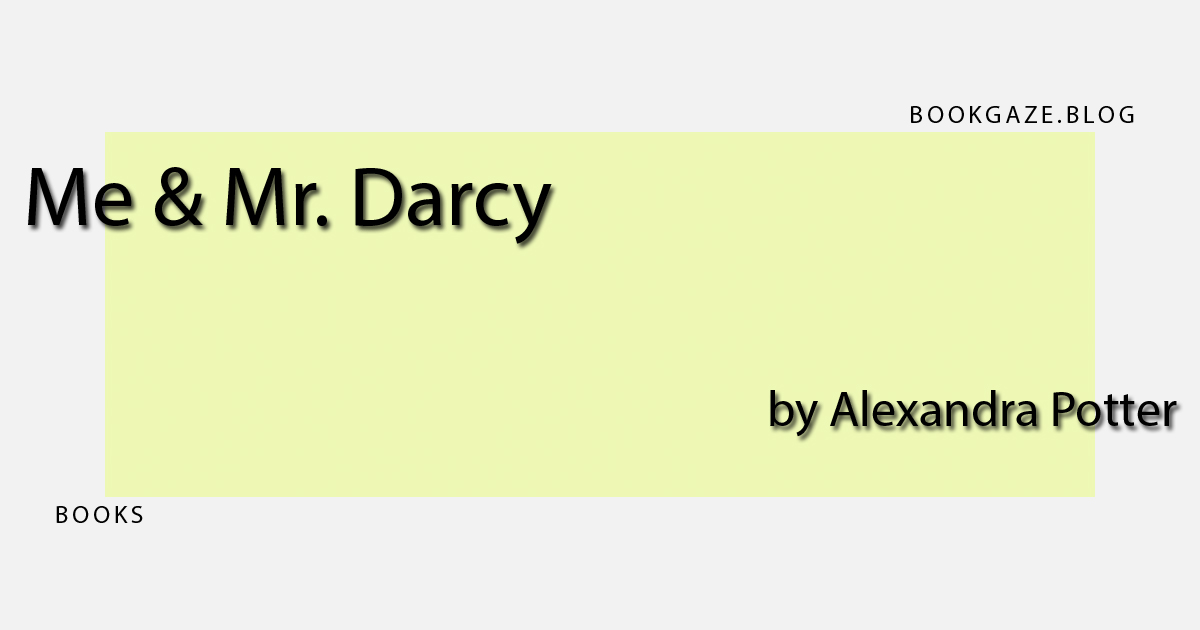 American bookstore ninja/Darcy fangirl runs into Mr. Darcy in modern times on his turf. Hi-jinks ensue. It’s incredible the impact Jane Austen has had on literature and how many times writers have retold and redone her storylines over the years. I’m not a hopelessly obsessive fangirl, but I recognize her significance to literature and women’s studies. You’d be a fool not to acknowledge at least that.

In “Me & Mr. Darcy,” the protagonist Emily is so obsessed with Jane Austen that she goes on a book tour with a bunch of old ladies, retracing the steps of Austen’s life and career in and around Bath, England. She’s so deep in her obsession with all things Jane that towards the end, she sees that her trip has parallels of “Pride & Prejudice” itself. So there’s a Jane, a Mr. Darcy, Georgiana, and a Mr. Wickham, but not in the way that you might think.

There’s even a subplot where she hallucinates meeting Mr. Darcy several times throughout the book! Let’s think about the implications of that subplot. We ALL want a Mr. Darcy for ourselves, but he would never fit in with the modern world in actuality. In his day, women were only wives and mothers, nothing more.

Emily’s perfect vision of her own Darcy is pretty much put to bed when she realizes this. Sure, we want that handsome, rich, polite man that does not exist in our time – if it ever did – but would we want to leave behind our modern lives for the life of Elizabeth Bennett?

Women were either made a servant or made to be married off. Very rarely were they able to be anything more? I’d much instead read about life in Regency England than live in it. Although Emily observes the lines of you can’t miss what you’ve never had.