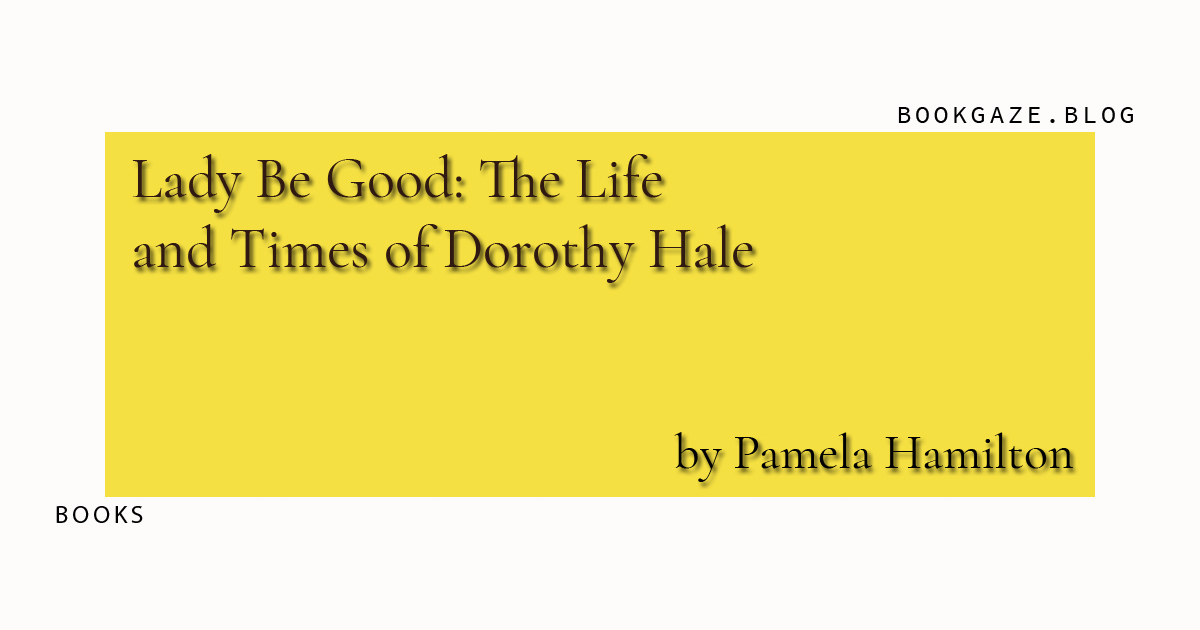 I thought the book was well-written, but I wasn’t on board with the pace of how things happened. I get that this was a fictional telling of a real woman’s life, and it’s presented as so from the beginning. However, it was hard for me to keep the details straight. I couldn’t quite place where we were from paragraph to paragraph sometimes. A new character would be introduced, and the implication was that you should already know who this person is. The author did a lot of deep research into Dorothy Hale and the Café Society crowd she hung around with during the time period. I respect that. It shows. But there’s only so much material history about Dorothy to work with, so it felt like most of the book was finding ways to take what little concrete details exist and make the book out of that. Usually, I’d be on board for that type of narrative. However, it didn’t ring true for me.

“Or she might begin to worry that giving in to love would mean giving up a part of herself. She would meld and blend into the wife she was expected to be.”

That’s one part that didn’t sit right with me. She was a Catholic who saw the success of her parents’ marriage cut short by her mother’s illness and death. Yet she was a theater kid, born to be on stage. The dichotomy of seeing her trying to balance what she was taught and who she was meant to be would’ve been a far stronger storyline.

A lot of Dorothy the character’s interiority, such as

“Dorothy was something of a spoiled girl—this she had always admitted to herself—but the unseriousness with which she and they carried on suddenly seemed alarming. She felt that something within her was starting to change”

didn’t match what was happening in the book. Dorothy never gave off the vibe of being spoiled. Her lifestyle mirrored the Café Society crowd that she ran with. No one in that circle ever called themselves spoiled and mentally called themselves out on it. It was a natural element of being well-off.

Another passage stood out:

“I’ve been invited to manage the Demmette Galleries. Funny how it happened, really. I suggested they introduce French art to the American public, and they insisted I be the one to do so. I could make it the international headquarters of French art.” “Well,” he said with pause, “you can work on that, or you can work on this marriage.” The words came in a slow and measured tone, which always made her nervous, but less nervous than when he was silent.”

Not once in the previous pages did she come into contact with anyone from Demmette, via letter or phone call or visit. So we’re expected to believe this offer came out of nowhere? I would’ve liked to hear how the conversation came about. The push and pull of her first marriage’s failure would’ve been more realistic. I realize that this is probably the author’s hand trying to drop in details because that’s how it happened on the timeline.

On the other hand, there were a lot of beautiful-sounding lines offered up to summarize where the story was leading. For example,

“An air of malaise had spread through Café Society and quite acutely in her coterie, friends impatient to find their way to the lightness, their place in the sun. The Great Depression cast shadows on the city. The roar of the Twenties had quieted to a soulful cry of the blues.”

Another great line was,

It was a good book, but I don’t think I’d ever revisit it.