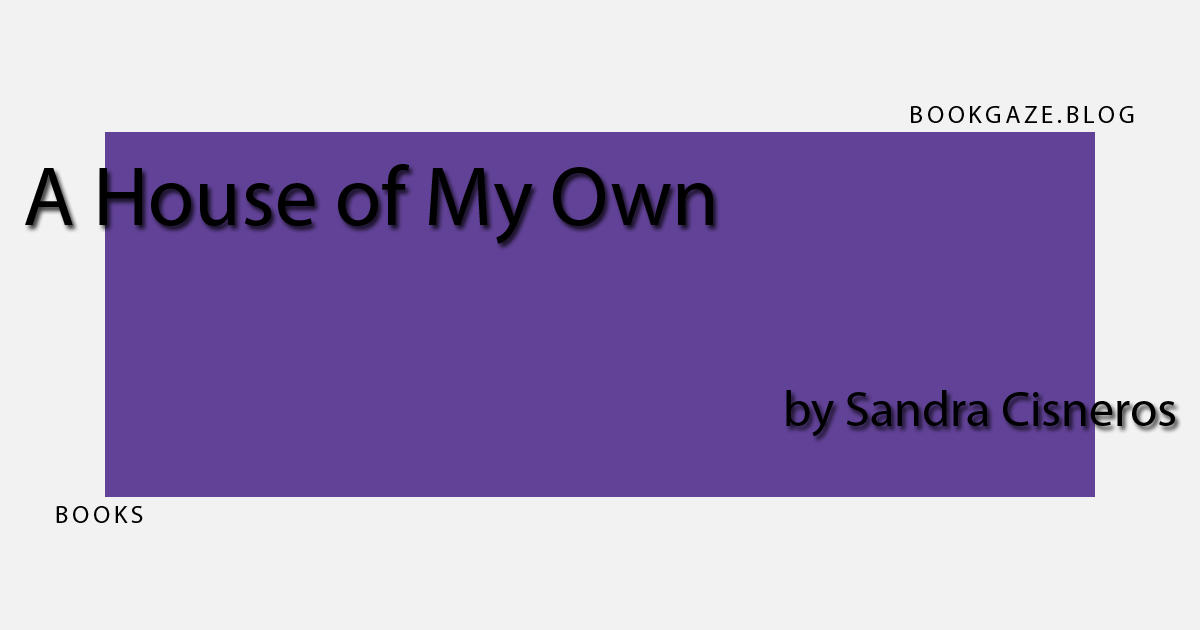 I timed my reading of “A House of My Own” (paid link) by Sandra Cisneros so that I would finish it before I saw her speak via Zoom at the 2021 Las Vegas Book Festival for their NEA Big Read presentation. I ended up scoring a signed copy of “A House on Mango Street.” It’s earned a treasured spot on my bookshelf.

The talk itself invigorated me. It was skewed more towards teachers but I just sat there and soaked up what she had to say. She’s such a tough old bird. I Tweeted her three pieces of advice, which I share here for you to have as well:

I’m three for three so far, so I’m on the right path.

I’ve read a lot of and been exposed to a ton of authors over the years being a student of English literature. A lot of them were unrelatable to me, not that I’m the type of reader that can’t separate the fictitious life of a character from the author that wrote about them.

More like, authors who weren’t like me, didn’t grow up in two different cultures, the only child in a big family without children, a woman who chose to make her living by her pen and found it to be a more fulfilling life.

I immediately gravitated to Sandra when I read “Mango Street” (paid link) for a class in undergrad. Esperanza carried the world on her shoulders as small as Mango Street was to her but her and her community’s story touches everyone who reads it. You have to be an automaton not to feel something after finishing that novel.

But “A House of My Own” cut me to the bone. For as long as I can remember, I’ve always wanted a place to call my home. Sure, I’ve always had a roof over my head or food in my stomach, but they weren’t locations of my choosing. It was always my parents looking out for me. I’m grateful for that, but there’s something about earning your way in the world.

I’m a naturally selfish person. You kind of have to be when you grow up the fourth of five children. Everything in our family – and our Filipino culture – is share and share alike. Why can’t I have something that I didn’t have to share with anyone else? That was mine, that I earned from the blood, sweat, and tears of my hard work? That’s the American Dream, right?

I was in awe as I consumed her words. It was like speaking to an old friend about the ups and downs of life. I cried many times because she was saying everything in my heart that I thought I had worked through over the years. There are certain aspects of my past that are what they are; they made me who I am.

Sometimes I wish I had taken a different path, that I had turned left instead of right. The book made me appreciate the realization that I took the right turn because it was right for me right then. Those moments don’t define me; the journey does, and the journey is what’s going to get the words on the page.

Admittedly, that’s the hardest part of being a writer but I can’t imagine doing anything else in my life. I’m going to get a house of my own someday. I don’t care how small or how long it’s going to take. It’s happening. And the words spilling from my fingers are what’s going to fund it.